Dead Palm Tungsten T3, now it will have to go 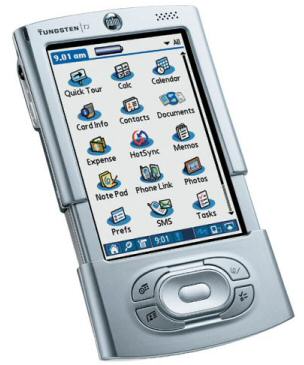 so daylight savings time switch again. My Palm Tungsten T3 again died from battery drain while waiting for user interaction to confirm the time switch. All data lost (I have a backup but still). This time I have enough, my T3 is going into the bucket (the box with old PDAs and phones). I don't really use it anymore but I still use to carry it around with me all the time. This will stop now.

another bug I found in the software of the NAS-4220-B is that you can use telnet to login to the NAS-4220-B as root without being ask for as password. This is possible right after boot of the device. The problem seems to originate from the fact that the software puts together the filesystem in ram during boot. The actual bug is that telnetd is started before /etc/passwd is populated with a root account that has a password set.

Found while playing with my NAS-4220-B last Sunday. RaidSonic didn't answer my emails so here you go.

I noticed that I tend to use mobile internet via GPRS/UMTS more and more mostly because of my Nokia N800 and now N810. But somehow UMTS no longer does it for me, it is too slow. So I started looking for a cheap way to use HSDPA. The solution is a cheap HSDPA USB modem and a pre paid HSDPA SIM card. Last week I found a nice Huawei E220 on eBay and today I bought a FONIC SIM card for 9,99 Euros at Lidl. The price looks good 1MB/24ct. I know that if I use more then 100MB/25Euro per month a flat rate is better.

Now I just need to build or get one of those USB power injectors so I can also use the HSDPA modem with my N810.

Frank setup a Twitter stream for our NAS-4220 hacking activities. We are both posting on it now.

earlier today I've done a small benchmark of the 4220's crypto capabilities (the speed at which you can up/down load when using crypto on the 4220). The results are quite ok for such a small and cheap system.


It's nothing when comparing it with the unencrypted speeds (10MB/s up and 19MB/s down).

today my NAS-4220 (RaidSonic ICY BOX IB-NAS4220-B) arrived. The 4220 is a really small NAS box with a lot of nice features like: size of a shoe box, 2xSATA (internal), 2xUSB-2 (external), GBit Ethernet, TCP Offloading, hardware crypto acceleration and it runs Linux and has an open boot-loader (RedBoot). In short this is a totally hack able piece of hardware.

Today I checked out the default firmware to see what it is capable of. The web interface is really bad but who cares. Some cool stuff. It supports RAID0, RAID1, and SPAN (make one disk out of two). You can create crypto volumes through the web interface and it seems to have a build in bittorrent client. Quite nice.

Since this thing has GBit ethernet I wanted to see how fast it is. I just used FTP to upload and download some files from my ThinkPad. For upload I could only get 10.5MB/s downloading was much faster with about 19MB/s. Since this was I quick test only I didn't try to tune anything. Btw. my setup was: the NAS box was running RAID1 (not crypted) and my laptop has a crypted disk. This looks quite good for a 120Euro NAS (without disks).

Now I'm going to build my own Linux image (kernel + buildroot filesystem). I will do this together with Frank who also just got him self a Nas-4220.

In my previous post on the RMV Handy Ticket (post in German) I've complained about the fact that the J2ME application can't seem to be able to use the internet/GPRS connection. I've tried the various autoconfiguartion tools provided by Nokia and my mobile phone operator but I couldn't get it working. The strange thing for me is that the GPRS connection works (I'm using my phone as a GPRS modem for my N810 and my laptop and I can also browse the web with the build in browser). So I asked Simon if he had an idea. He told me that internet is not internet for J2ME on these phones. Me WTF?!? The trick seems to be to configure the internet connection in two places: Settings -> Connections -> Packetdata (this is the one I had set) and Settings -> Configuration -> Favorite Connection (J2ME apparently needs this one). The thing that pissed me off the most was the fact that I found all the configuration settings I got via SMS under Favorite Connection.